On August 22nd, Eagle Software posted a blog and reached out to the Aeres Talk/Arena listserv requesting school districts using Aeries to contribute to the California Attorney General's update to a […] 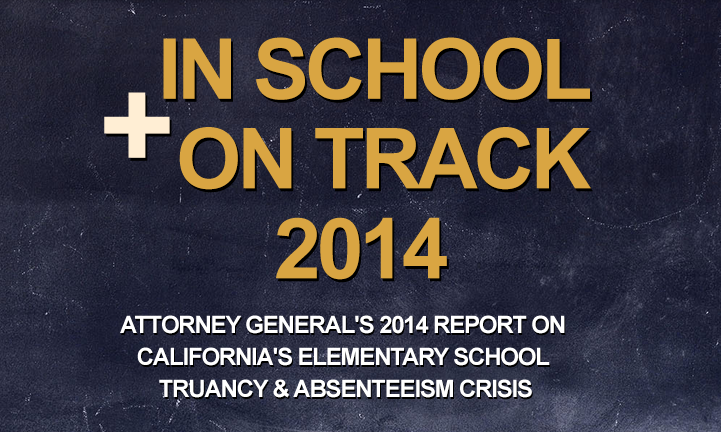 Despite the very short timeline involved, numerous Aeries school districts made a huge contribution to the gathering of data to analyze in the updated report for 2014. In fact, the Office of the Attorney General received sample data from 32 pertinent California school districts, representing close to 150,000 students in the state. This provided a great sampling, with school districts of all sizes representing students of all backgrounds and socioeconomic statuses included. The Attorney General's office used the sampling to extrapolate estimated statistics for the whole state of California.

The 2014 report was able to build upon the information discovered in the 2013 report and make several astounding observations about the truancy and absenteeism crisis in California Elementary schools. Some of these include:

Eagle Software continues to support the Office of the Attorney General in their dedicated efforts to battle the elementary school truancy and absenteeism crisis in California and applauds its efforts to use real data and information to drive policy and recommendations for action.

Both the Attorney General's Office and Eagle Software would like to thank all of the school districts that contributed to the 2014 report and assisted in this valuable effort.

Get the latest from Aeries